FROM ISOLATION: O, then I see Miss ‘Rona has been with you.
She is the common cold’s daughter, and she comes
In shape no bigger than a persistent cough
On the handkerchief of a councillor,
Drawn from our shrinking lungs
Out men’s noses as they pass in the street;
Her wheel house made of glistening mucus,
The chassis, of the wings of grounded airbuses;
Her steering, controlled by hidden algorithms;
Her clutch, tightening around your chest;
Her accelerator, of family gatherings; sports mode at public events;
Her chauffer, all spread out,
Yet not half so big as a sample size of hand-sanitizer
Posted from the home of a lazy price-gouger.
Her car is a sequence of RNA,
manufactured in the consumption of old bat.

Wash your hands; the world shudders.

And in this world she sneaks night by night
Through lovers’ mouths, and then they taste of loss;
Into shoppers’ carts, empty of toilet roll;
Over nurses’ fingers, that dream of sleep;
Over all our lips, who on illness think,
And oft Miss ‘Rona with mild symptoms plagues,
Because our minds are with news cycle tainted.

Sometimes she gallops over a Minister’s nose,
And then dreams he of emergency legislation;
And sometimes comes she with a landlord’s tail
Tickling a tenant’s nose as she lies asleep,
Then dreams she of water cooler moments lost.
Sometimes he drives over a soldier’s neck,
And then dreams she of cutting packing tape,
Of hospital beds, ventilators, Spanish flu,
Of his mother over Skype; and then anon
Sirens in his ear, at which he starts and wakes,
And being thus startled, swears a prayer or two
And sleeps again. This is that very virus
That fills the throats of dogs in the night
And bakes not at all for lack of flour,
Which once twice proofed much misfortune bodes.
This is the hag, when old maids lie on their backs,
That presses them and learns them first to bear,
and then to bear no more.
This is she!

For those of you interested, my PhD thesis is now available from the British Library’s EThOS service.

Mature Poets Steal: Notes to Self, a novel and an extended essay on that work

Much of the novel is redacted in case I ever find a publisher, but there’s lots of interesting stuff about the literary fragment, collage practices and writing about identity for those who like that sort of thing.

I’m very pleased to be included alongside a great variety of short stories in a new anthology published in support of Shelter.

The ebook is available now (via Amazon unfortunately, but apparently that helps us maximise the profit for the charity) and the paperback will be available later this year.

Find out more about the project on the Stories for Homes website, where there is also a (free) online anthology of stories on the theme of home.

The second in my series of short stories written (and illustrated!) by the five year old me. 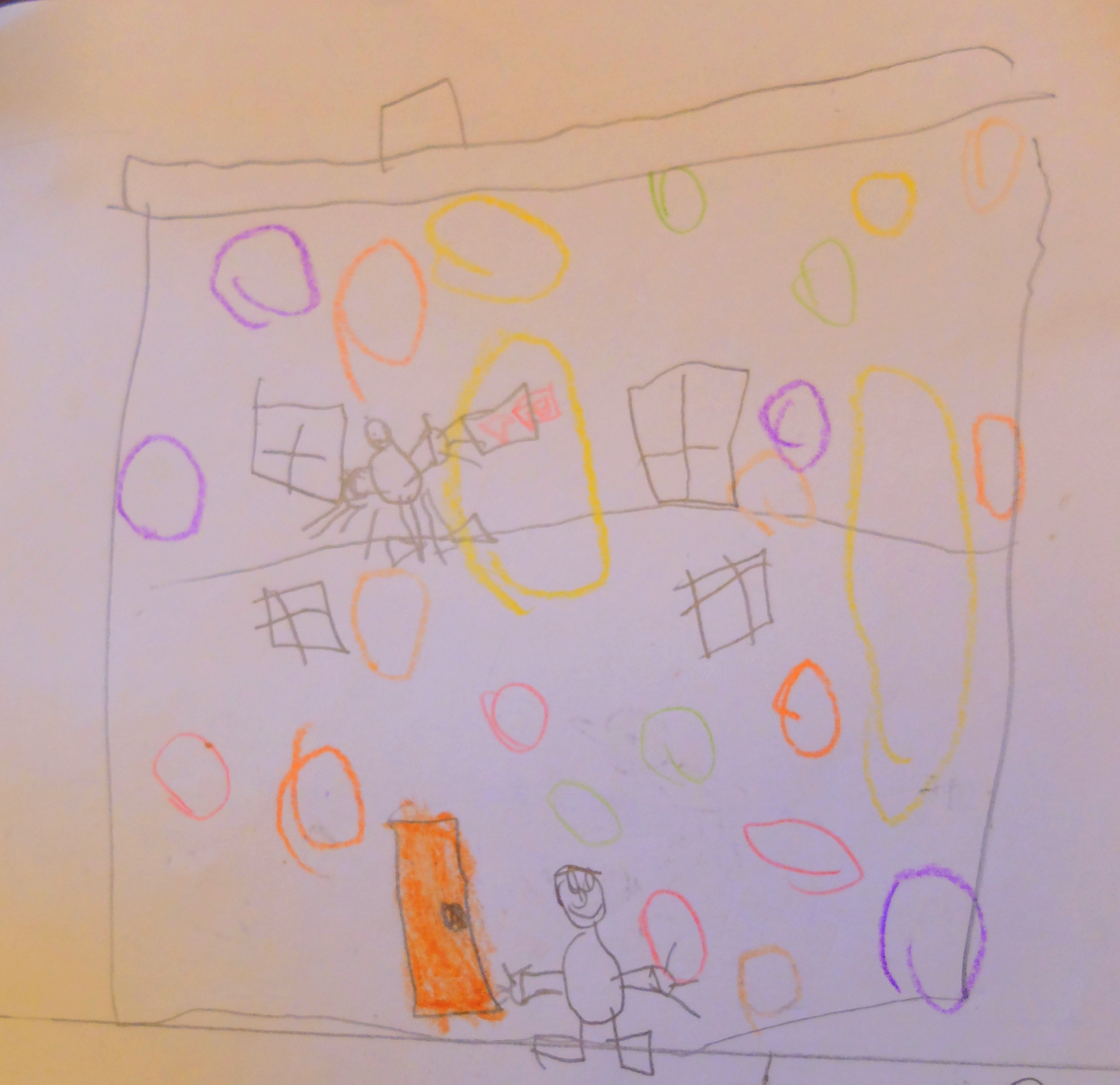 “I went to a party and I watch watched a wizard.”

I, like many people, really enjoy a good corner and, for those of you who don’t know, I have an instagram account, @feelingcornered, that celebrates the form.

Following a small jump in followers recently I did some digging and was chuffed to discover this great little review in the wonderful AnOther Magazine.

If you’ve never considered the aesthetic worth of a good corner do give me a follow and enjoy my erratically scheduled updates.

Another #brutalist #concrete #corner in the #sunshine

So I’ve been having a lot of fun playing with the free software over at twinery.org and had my first crack at creating a Twine game, Beta, which you can play here.

Literary games are something that I’m interested in doing more with in the future so let me know what you think.

This is the first in a series of blog posts of rediscovered illustrated short stories by my younger self. 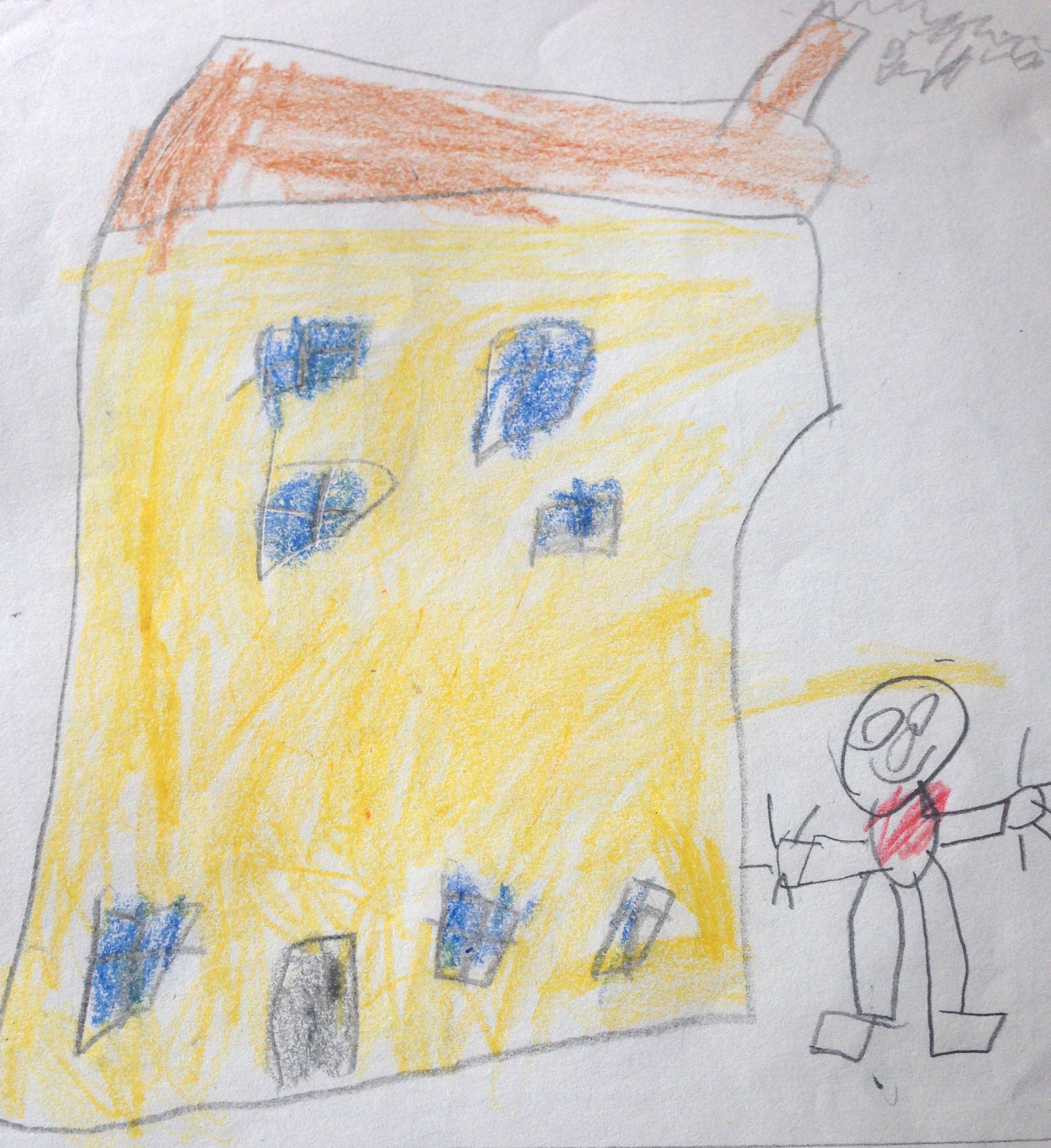 After La Cloche fêlée by Baudelaire

Her pleasure is all,
warming the long nights of winter
at a fire that burns bright
distant memories.

Blessed daughter
who, in love with her youth,
throws faithfully her voice
into the open mouth of her lover.

Me, my soul is wracked with nonexistance.
I watch through the glass.
It often happens that my voice fails me.

I have felt the slow dissolution of a man who is
forgotten at the edge of a lake of youth.
I see condensation forming on the window.

I’m very pleased to have my short story, Science: A Narrative Theory, published as part of the HARTs and Minds Journal’s Science, Society & Civilisation edition. Given the theme of this issue, I thought it would be interesting to use some technology to aid my writing and generated the first plan of the short story using an online plot generator. If you’re interested in what might happen if a personification of Science were to meet a personification of Civilisation do check it out.

For Every Year has the noble aim of producing ‘A story or poem or something else for every year since 1400.’ Some really great writers have got involved so far, producing a wide variety of work inspired by the events of over four hundred years worth of history. My own contribution, Various Grit, is in honour of Isaac Fischer Jr’s patent for a new process for producing sandpaper in 1834.

Definitely worth having a browse through some of the other work and maybe considering contributing your own work dedicated to a particular year (it’s being done chronologically, so if you love the nineteenth century it’s a good time to get involved!) 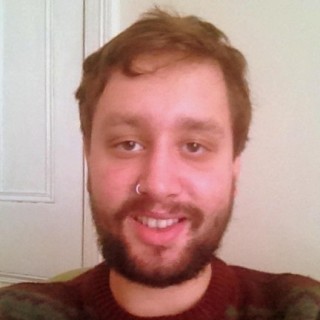